I realised that I could become a blood donor in Ireland 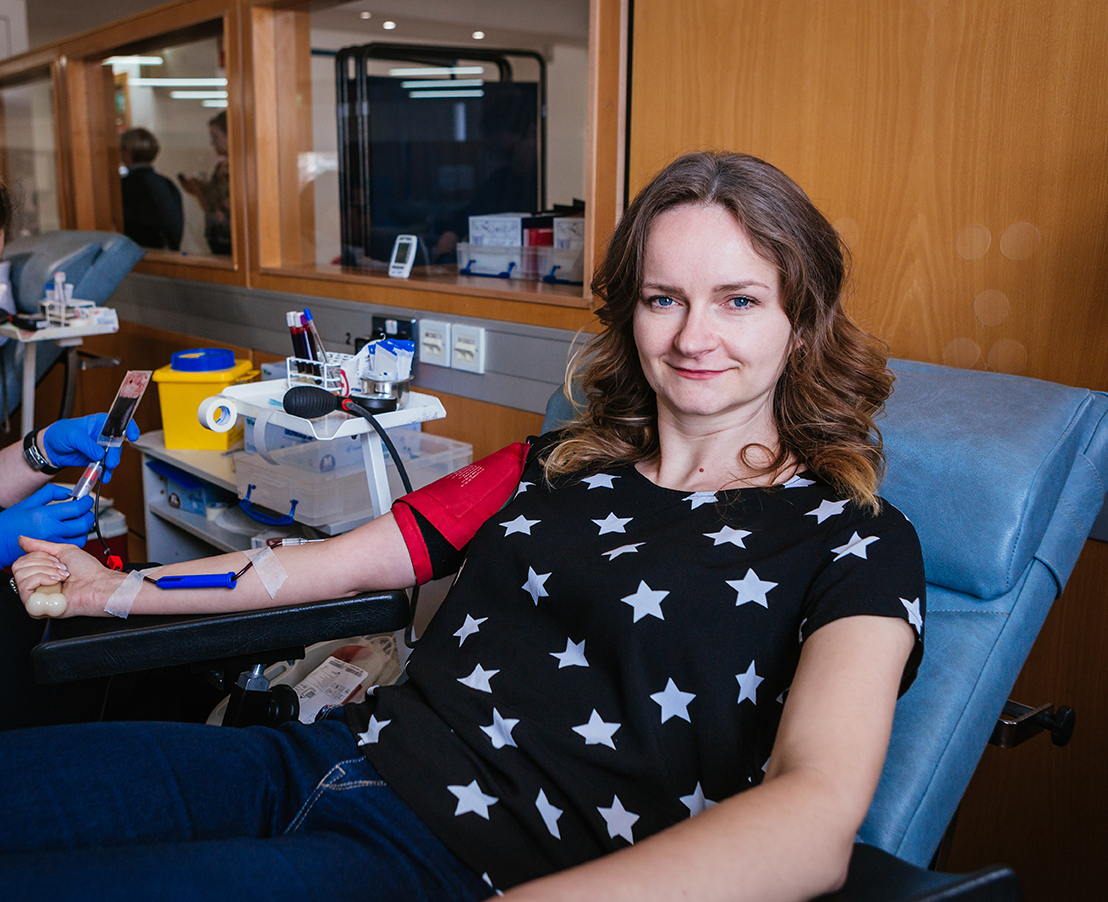 I realised that I could become a blood donor in Ireland

I started donating blood as soon as I turned 18. In Poland you have to go to a hospital to donate, which is quite a commitment, but I really wanted to do it and was soon giving every three months.   I arrived in Ireland in 2005 and it took me a little while to get settled. Initially I was living and working in Kildare and didn’t even realise I could donate as a Polish citizen living in Ireland. One day I saw the mobile blood clinic and popped in. I was delighted to discover I was eligible to donate, so I registered there and then, and started donating three months later.

Being able to speak English gave me a big advantage

As a Polish national, I have faced racial discrimination since moving to Ireland. Most of it is low-level, but incessant and insidious. Day after day it does grind you down, attacking self-esteem and making me feel ‘less than’. When I was starting out as a waitress I found out me and my Polish colleagues were given more anti-social shifts and worse areas of the restaurant compared with my Irish colleagues. We were also told we couldn’t take holidays over Christmas, whereas Irish staff could.   Being able to speak English gave me a big advantage. I had just basic English before I arrived, but the first jobs I took were in English language environments which forced me to pick it up quickly. Having a strong grasp definitely helped me stand up for myself when I faced prejudice, like when I realised I wasn’t being paid properly for overtime compared with my English-speaking colleagues.   Luckily I really enjoy living and working in Ireland and most of the time it’s a really positive experience.

I really like giving blood and continue to regularly donate.

I am proud to realise thousands of Polish people living in Ireland also regularly give blood – it’s a very material way of giving back to the society in which I live. I’ve just made my 10th donation, and am delighted with my commemorative pin from the Irish Blood Transfusion Service. I will wear it with pride!