Going to clinic for the first time 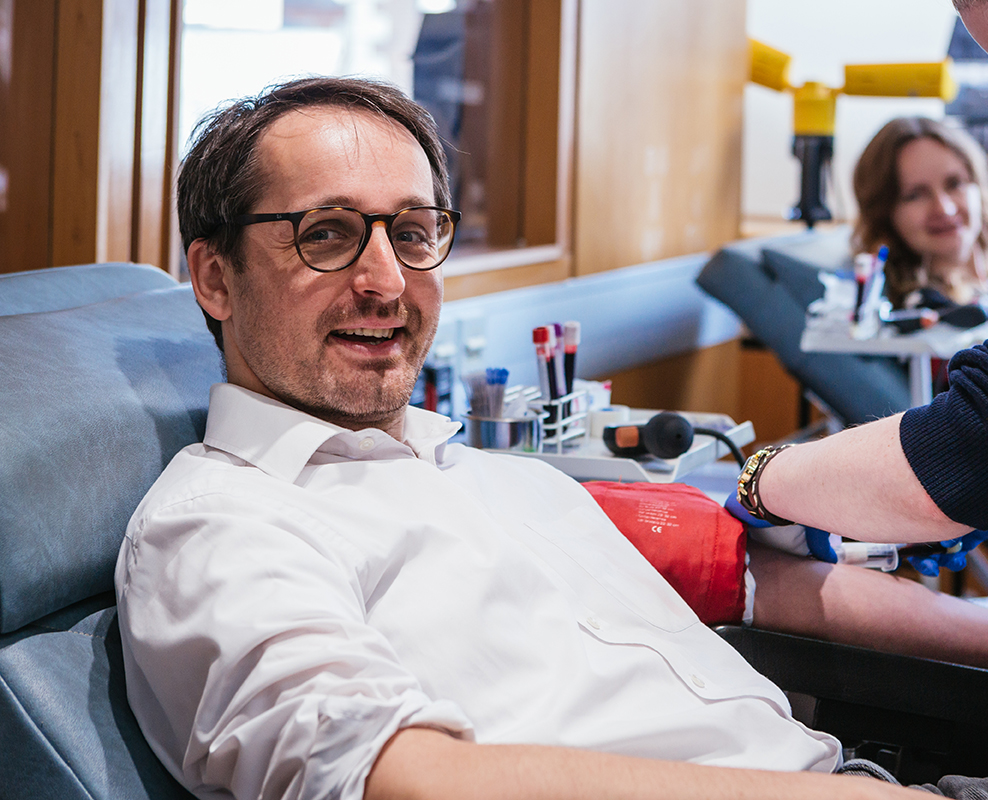 I have never given blood, even when I lived in Poland before moving to Ireland.

I have never been in circles with people who donate – none of my family or friends did it either (that I knew of). No one close to me has ever needed blood either. But I do know there is a big need for blood, of course.   I have been living in Ireland for 13 years now but it wasn’t until I heard about the Bloody Foreigners campaign that I first properly considered giving blood. It’s one of those things – you might mean to do it, but never get around to it because life gets in the way. I feel a bit embarrassed and ashamed it took this campaign to get me to do it as I really care about the community I live in, which is reflected in my personal and professional life.

Now I’m looking forward to it and I am excited about making my first donation. I hope by doing it once I will get into the habit of doing it regularly.   I think it’s so important to donate blood, for many reasons. On a human level it is important to support others, to help others. It’s a great way to show how much you value the people and society you live among.   As well as being employed and paying taxes I think it’s great to hear so many Polish people donate blood. It shows we are really part of the country and local communities, and it’s a fantastic thing to do. It’s a way of giving back to this country where we came to live and work. It’s also a very real way to say thank you to the Irish people for being so welcoming and lovely to us.

I have only once faced discrimination because of my nationality

It wasn’t long after I arrived, I was looking for accommodation. I rang about a flat share and the person on the phone asked me if I was Polish. I said I was and they said they weren’t going to rent it to a Polish person. I was very taken aback by the comment. I thought about doing something but I didn’t want to waste my time on a bigot. Also as it was just a telephone conversation I knew it would be my word against his. I do worry though, that he got away with it and might still behave like this. I think now I would consider reporting it, maybe not to the guards but to European Network Against Racism Ireland (ENAR).

Luckily here in Ireland there isn’t anything like the levels of racism you see in the UK or the Netherlands. Irish people are very empathetic towards migrants, I have found. Having said that, from my personal experience as trade union organiser I’ve encountered exploitation and discrimination of migrant workers, especially given that many of them have been employed in precarious works, low paid sectors, fearful of losing the job. It could be the darker human nature to see an opportunity and take an advantage on someone who is in vulnerable position.