Actively giving back and being part of the community 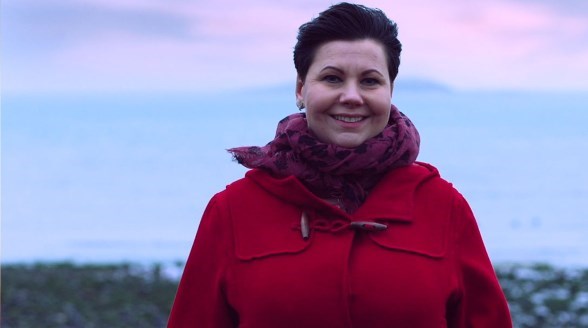 I arrived in Ireland in May 2005, I came here with barely any English to work as an au pair. I only planned to stay a year to learn a bit of English and 13 years later I am still here and applying for citizenship!   I had been a blood donor in Poland and when I moved to Dublin a year later I realised I missed it, so I looked up the nearest clinics and found the one on D’Olier Street. I had heard stories about getting Guinness, but I just got a sandwich and some biscuits I think. In Poland you get eight 100g bars of chocolate so I was a bit disappointed! You also get a note for work or school to excuse you – I definitely think that should catch on in Ireland.

I moved to Skerries after nearly two years in Dublin and I was pleased to see there was a mobile clinic. Unfortunately it only visits twice a year, but I always try and make it. My mother didn’t have enough iron and so needed blood, which was definitely a motivation for me to donate. Being able to donate feels like payback.

Sometimes my own iron levels are too low to donate and I get really frustrated!   I am passionate about giving blood and it really doesn’t take much effort. There are plenty of reasons people are unable to give blood so I feel honoured I can and it makes me more determined to do it. In fact I always say I feel selfish giving blood because I get such a buzz from donating. I have given an entire body’s worth of blood twice over now – five litres in Poland and five litres here in Ireland. I am O+ which is the most common in Ireland and so in high demand.

I love that I can give blood to my community

Ireland has been extremely welcoming to me but I was once called a ‘bloody foreigner’ in a car park when a man decided my parking had blocked him in. But most of my Irish friends can’t say good enough things about the Polish community. I would like Polish people to make more of an effort to integrate – if you are here for years and make Ireland your home it requires some effort on your part. I love that I can give blood to my community: my home. When you give blood you’re saving a neighbour, your partner, someone’s child. I just don’t think people realise how important they are.

It’s a normal thing I have always done - in Ireland when you give blood, everyone is so grateful.

I really love the text you get saying ‘Your blood has been used in this hospital’, it makes it really real. I used to think blood could be stored for ages but now I know it has to be used quite quickly, which makes it even more important to donate. I don’t think it’s anything special, it’s a normal thing I have always done, but I like the fact they treat you like a superhero in Ireland when you give blood, everyone is so grateful.